As storytelling tools are unfolding the possibilities of exploring new exciting stories around us, Instagram gears up in this field by adding a new feature called Stories. Instead of posting carefully-chosen photos, Stories lets you post a bunch of photos throughout the day. And at the end of that day, those photos disappear.
It works exactly like Snapchat Stories, allowing you to post 24-hour ephemeral photo and video slideshows that disappear. But because Instagram Stories appear at the top of the old feed, your followers will inevitably see them without you needing to build a new audience in a different app.
Instagram Stories is now globally available for iOS and Android over the next few weeks.

Instagram CEO Kevin Systrom admits that Instagram Stories looks after Snapchat Stories but insists that “This isn’t about who invented something. This is about a format, and how you take it to a network and put your own spin on it.”, according to Techcrunch.

Bilateral Event in Croatia for Sharing Perspectives towards Cooperation

Norsensus Mediaforum shared ideas on civil society cooperation between Norway and Croatia at the bilateral meeting on 13th and 14th of June at the IMPACT – European Centre for Cross-Sector Partnership in Zadar, “Different perspectives towards cooperation”.

The program was organzied by The National Foundation for Civil Society Development acting as the operator of NGO Fund in Croatia in the context of the EEA and Norway grants.
At the beginning of the program, an exhibition of project results in the country was displayed. Project promoters gathered in order to showcase the results of the projects that had been run under the Croatian NGO Programme. The exhibition was followed by a session of presentations and discussions on connections and networking as tools for bilateral partnerships and the current state of civil society in Croatia. The session was attended by HE Astrid Versta, Ambassador of the Kingdom of Norway in Croatia who held the opening speech. Prsentations were made by Cvjetana Plavša-Matic and Goran Momcilovic from the National Foundation, Enver Đuliman from the Norwegian Helsinki Committee and Antilla Paivi from the Financial Mechanism Office.

The second day of the conference was reserved for group work, where representatives of organizations from Norway, Slovenia and Hungary worked together with the representatives of Croatian associations discussing the methods and strategies of cooperation with partners from donor countries. The Norwegian delegation included Voksenopplæringsforbundet, Norsensus Mediaforum, Change the World, Red Cross Norway and the Norwegian Helsinki Committee.

Norsensus Mediaforum took part in one-week training course devoted to forming strategic partnerships and developing projects within Erasmus+ KA2. From May, 10 – 16th the training course for youth workers, leaders and project managers was held on Madeira island of Portugal in the framework of N.I.C.E. – New Intervention with Creative Education, a contribution training scheme to support Erasmus+ Youth in order to empower young people. The course was organized by Portuguese National Agency for Erasmus + Youth in Action with the help of facilitators Carlos de Sousa Santos and Maya Doneva.

Norsensus Mediaforum is currently involved in Erasmus+ KA2 project – Your KITE Media & Entrepreneurship project. It is a strategic partnership with two NGOs in Poland and one in Romania, aiming to develop digital media and communication skills of young people, promote volunteering and professional orientation, as well as to develop entrepreneurship knowledge of youth in order to ease them the access to the labor market and to reduce unemployment among young people.

30 participants from Madeira, mainland Portugal, Italia, Spain, Lithuania, Slovakia, Bulgaria and Norway were involved in the training course to build strategic partnerships with the help of non formal education. They explored different project management instruments and designed their own, discussed the challenges of intellectual outputs and qualitative and quantitative indicators for project activities. The program of the training was directed to facilitating the process of writing and getting approved the projects in the framework of Erasmus+ Key Action 2 – cooperation for innovation and the exchange of good practices.

The training was also focusing on social innovation. On one of the days the participants visited 3 examples of implemented social innovations in Funchal, the capital of Madeira: protesting robot and emergency radio, being developed at Madeira Interactive Technologies Institute (MITI), social centre for youth and elder people and the project The Art of Open Doors, which renovated one of the oldest and criminal streets in Funchal.

By the end of the training course Norsensus Mediaforum made agreements on developing several projects in the sphere of media literacy with partner countries in Europe.

Final International Conference on Advocacy against Domestic Violence in Bulgaria

On 14 and 15 May the final conference was held in Bulgarian town, Panagyurishte in the frame of «Break the silence project- a campaign for awareness, prevention and protection against domestic violence and violence based on gender». The mayor of the municipality of Panagyurishte Nicola Belishki, commissioner Blaga Kraycheva, head of regional directorate of interior in Pazardzhik, Petko Shotlekov, Chair of District Court Panagyurishte, Snezhana Stoyanova and representatives and students from the cities which involved in the campaign.

The event opened with the local cheerleading team’s performance.

-We hold this conference in this city for two reasons. The municipality and project coordinator in the city Sylvia Bobekova contributed alot to the project. There were a lot of activities related to our porject in public, media and at schools. Moreover Panagyurishte is a city with rich history and culture, said Valentin Lazarov, president of the National Association of Municipal Clerks in Bulgaria and project manager.

«I am happy with the presence of young people in the hall, because we have to work together against the problem of domestic violence, starting from the family. Silence really should be broken, we can achieve good results. Panagyurishte municipality is actively involved in this process and will continue to do so in the future, «said Mayor Nicholas Belishki.

He also thanked Norsensus Mediaofrum representatives in the hall for allocating resources and time to share their experiences.
In addition to presentations about legal framework, participants presented good examples of activities carried out in different cities during the project period.
The representatives of Norsensus Mediaforum, as partner of the project, presented shared the experiences and best practices in Norway on the topic of domestic violence.

Specific objectives of the project:
-to multiply the Norwegian experience in creating and conducting media campaigns in 10 cities of the country through the established teams /local coalitions/, which will become cores to achieve the objectives of the project in the planned regions;
-to create conditions for victims of domestic violence (DV) and violence based on gender (VBG) to share their stories about domestic violence through personal involvement in the campaign “Break the Silence”;
-to inform general public about the processes and possibilities for prevention and protection of DV and VBG victims;
-to conduct a media campaign for intolerance towards domestic violence (DV) and violence based on gender (VBG) and to engage the society to cope with the problem;
-to build sustainable models of communication, dialogue and partnership with institutions, who realize the government policy on protection and prevention of DV and VBG victims, NGOs dealing with the problem and the local administration.

Can I copyright a joke? Creative expression and copyright

With 316 million users posting 500 million tweets a day, someone is bound to write an unoriginal tweet now and then.

But there are some Twitter users whose entire existence relies completely on plagiarizing tiny jokes and relatable observations created by other Twitter users. Many plagiarizing accounts have follower numbers ranging from the thousands to the millions. Meaning their exposure can lead to career opportunities and sponsorships built on the creativity of others who are just getting started in their writing careers.

So it was not without excitement that Twitter users found out last week that they can report plagiarizing accounts to Twitter under the Digital Millennium Copyright Act, and have these copied tweets removed.

But now we’re forced to ask the question: are jokes protected under copyright?

The partnership between the two NGOs has been solidified with a four day training visit in Oslo.

During the visit, The Young Initiative Association and Norsensus Mediaforum arranged a series of workshops on the topic of sustainability in NGO sector in Romania and Norway, improving the sustainability of the ongoing projects, presentations of the activities of both organizations, with a focus on the common themes with a special emphasis on communication strategy and visual storytelling. Also the project partners held debates on topics of common interest, with a focus on sharing knowledge and experience from both countries. 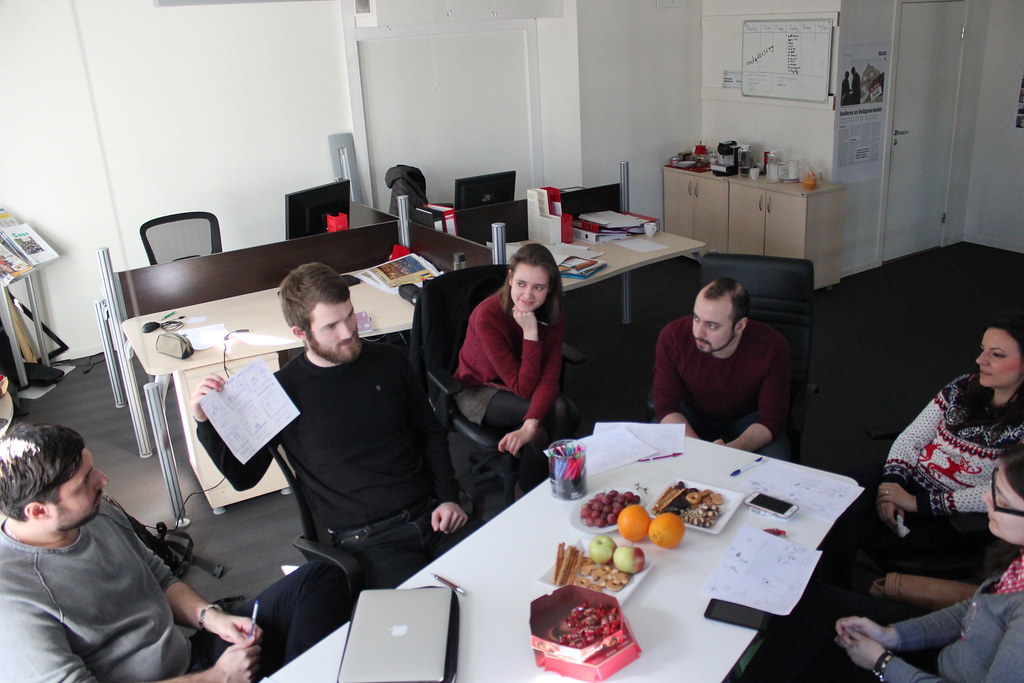 One of the most striking highlights of the project was the presentation of The Young Initiative Association’s inspiring projects in Romania listed below:
1. CMON Center – A space which any NGO from Romania can use for free for any event or meeting (trainings of up to 20 people, workshops, seminars, board meetings, interviews etc). As many Romanian NGO’s lack space and infrastructure for implementing their activities properly, this facility brings considerable added-value to the sector, especially in Bucharest, where it is located.
2. NGO Library – A collection of 115 books on nonprofit management is available to any NGO manager from Romania for borrowing. In a country where no public library offers books about NGO management, this collection brings global knowledge closer to the Romanian NGO’s (most books are bought from international suppliers).
3. MOOC Course – Innovative online education makes learning accesible for everyone, which we aim to do for the Romanian NGO managers and prospective managers, starting from January/February 2016, when we expect to launch such an online MOOC course on how to manage your NGO profesionally and sustainably.
4. 12 trainings and seminars – 180 NGO managers throughout Romania will benefit from trainings on how to recruit, select and manage volunteers, as well as seminars on various topics, which are selected after a careful needs analysis was done. 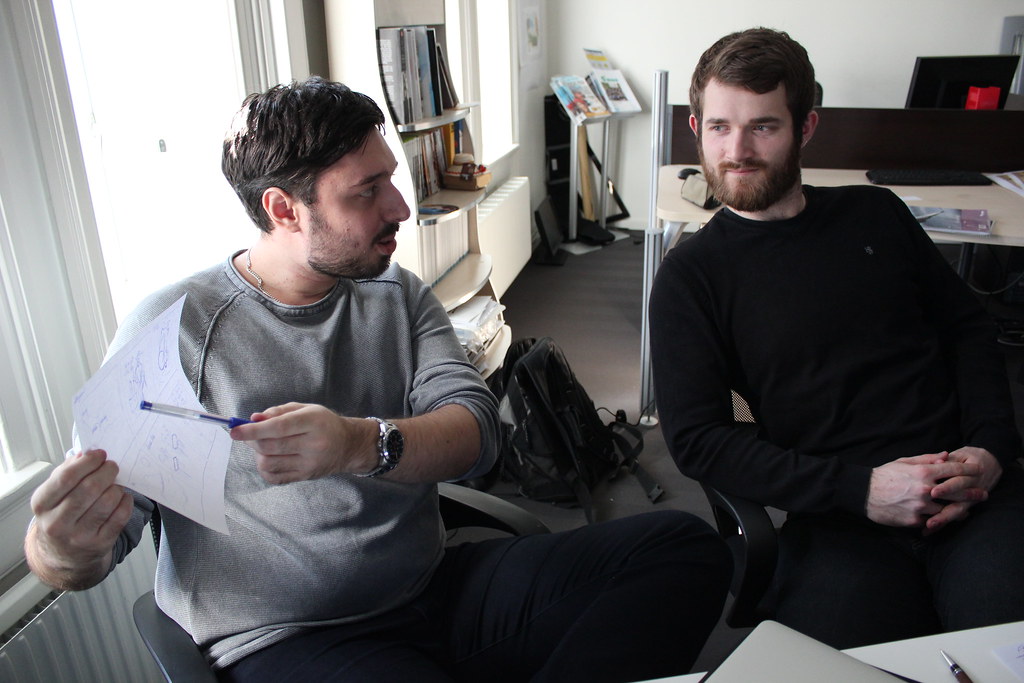 The project is funded by the EU program Erasmus +: Youth. These materials contain recipient’s opinions and views. Neither the National Office for Erasmus +: Youth or the European Commission may be held responsible for the content.

Wael Ghonim helped touch off the Arab Spring in his home of Egypt … by setting up a simple Facebook page. As he reveals, once the revolution spilled onto the streets, it turned from hopeful to messy, then ugly and heartbreaking. And social media followed suit. What was once a place for crowdsourcing, engaging and sharing became a polarized battleground. Ghonim asks: What can we do about online behavior now? How can we use the Internet and social media to create civility and reasoned argument?

This talk was presented at an official TED conference, and was featured on TED home page.